We wrote a year about how the reform bill would mean big changes to the provider networks (hospitals and doctors) but it's one thing to talk about the future and quite another to see it come to fruition.

The actual repercussions are greater than we expected and we estimate that you may very well choose a health plan based on your hospital/doctor of choice.

Let's find out why. 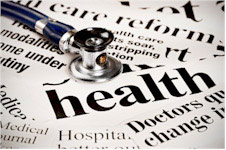 Let's face it...choice of doctor and hospital came up in the conversation but usually as a cursory background check once the rate and benefits were selected.

The big PPO and HMO networks (like Anthem, Shield, and Health Net) were pretty comparable with only minute differences. Differences which took a backseat to price and benefit comparisons.

That all goes out the door with Health Reform in California.

The commoditization of health plans and specialization of networks

That's a mouthful but it fits.

The new Exchange plan benefits are mandated at certain levels (Platinum, Gold, Silver, Bronze, and Catastrophic) which we've discussed in detail across calhealth.net

The rates are somewhat constricted by MLR requirements and in indeed, the preliminary rates are all pretty range bound as expected.

As we discussed over a year ago, if the benefits are mandated and the rates are constrained by MLR and political pressure, where's the give? The doctors and hospitals.

It's akin to squeezing a baloon and the only way it can go it towards reimbursement to providers.

We heard rumors during the summer of 2013 that letters were going out to doctors and hospitals from carriers with intent to reduce reimbursement sizably for the new Exchange plans.

Essentially, the providers were going to take the hit for guaranteed issue and increased health risk. The doctors had two options...accept a much lower reimbursement for care or choose not to participate in the networks.

Either way, there was going to be big changes in the California health insurance networks.

So what did we find out yesterday?

On the Individual and Family market, the carriers are signing exclusive contracts with hospitals and hospital groups.

For example, the UC's signed a contract with Anthem.

Different areas will have PPO while others will have EPO within a given carrier.

Make sure to check current provider directories as networks are constantly changing.  You can access the carrier networks through the quote here.

Unless the choice of doctor and more importantly hospital doesn't matter to you (assuming there's an alternative in your area), come Jan 1st, 2014, you will likely choose a plan which contracts with your chosen hospital and doctor.

The real question is how people without a subsidy will react to paying much more for health insurance and getting about 1/2 of the prior network to access.

We're not looking forward to those calls.

You can run your California Health Plan Quote with Doctor Lookup here to view rates and plans side by side from the major carriers...Free.