How office copays work with some California health insurance plans 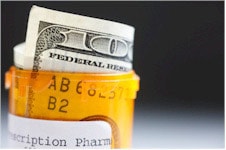 Office Copays used to be the calling card of health plan names.

You had the $20 copay or the $40 copay plan. That was back when we had low or no deductible plans and people would fixate on the smaller benefits such as an office copay.

Things have really changed in the ten years that passed. If only office copays were our biggest concern these days. Let's look at what the office visit copay is and how it works.

The office copay of California health insurance plans is a fixed amount that you will pay for an office consultation with a physician.

Most plans do not distinguish between a general practioner and a specialist.

The amount is usually the same either way. The copay is paid up front at the doctor's office upon receipt of services.

Your health insurance card usually shows the the copay amount.

Keep in mind that the copay amount only covers the consultation itself.

If you have labs or small procedures completed during the office visit, these require additional payments above the beyond the copay amount which is usually handled with a deductible or coinsurance amount.

HSA plans and the Copay

With the HSA plans, office visits are subject to the main plan deductible. This and medication are two key differences between HSA health plans in California and the standard PPO plans. On HSA plans, you would pay the negotiated PPO rate in full which can fluctuate depending on what the doctor charges (and type of doctor).

Keep in mind that the negotiated PPO rate for a doctor probably run from $80 on up.

The copay benefit only applies if you use in-network PPO providers on PPO plans.

If you use a non-network provider in a non-emergency situation, you can expect to pay quite a bit more.

You can run your California health quote with Copays to view rates and plans side by side from the major carriers...Free.