There are always pieces that fall through the cracks with very large pieces of legislation and the Minimum Value form is one of them.

There is a requirement for California companies (indeed all companies nationwide) to send out a notification form to all employees by October 1st (for existing employees) and shortly after hire for new hires following October 1st to notify them of the Health Exchange options available starting Jan 1st.

You can access the Department of Labor forms below. 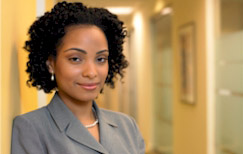 Here's the issue...many companies opted for an early renewal in the 4th quarter of 2013 so that they can avoid the plan/rate changes associated with health reform until 2014.

The issue is that companies need to send out the forms and state whether their will be of a minimum value. Some carriers have stated their current plans are MV while others have not.

This is a big issue. First, what is Minimum Value?

All the new metallic plans in 2014 will automatically meet this requirement but 2013 plans were not designed against this mandated requirement.

They may or they may not. Most plans probably will but probably is not the word we're looking to pass on to our groups and here's why.

If a company offers an employee that is both Minimum Value and affordable (employee's premium is less than 9.5% of gross income for employee only coverage), then the employee and his/her dependents is not eligible to receive a subsidy on the Health Exchange regardless of their income qualification against the 400% of Federal Poverty Level.

This is a huge deal...worth $1000 of dollars in health subsidies for each employee. A company doesn't want the liability of giving incorrect information on this form and apparently, nor does the carrier.

So far we have tentative confirmation (though not official by company notification) from Blue Shield of California and Kaiser that their current 2013 plan are Minimum Value. We're still awaiting Anthem Blue Cross of California, Health Net, United, and Aetna to round out the big carriers that might have 2013 early renewal groups.

Remember that the company needs to notify their employees by October 1st, 2013. We'll updated this page as we get new information and hopefully put this issue to bed.

You can run your Business Health Plan Quote Online to view rates and plans side by side from the major carriers...Free.